Do you live with a negative spouse? That can be a drag! You might think you’re supposed to help them shift into a more positive place—but that doesn’t work. Listen to these techniques that will shift your energy so that your relationship is a very pleasing, supportive experience for you.

Do you live with a negative spouse? I’m sorry. That can be a drag. The techniques I’m gonna show you today will help change the negativity to a more peaceful energy and they will surprise you on how easy they are to use and how effective they are. You’ll kind of go, “Really? That will work?” It does. Subscribe to my channel, hit the bell so you get notified when I’ve got a new video up. I am really committed and passionate about teaching you powerful self-healing techniques and how to heal your relationship and how to shift your energy so that your relationship is a very pleasing, supportive experience for you.

Negative spouses can be a real drain on your energy and notice when I just shared that I’m gonna help you learn how to shift it from negativity to peaceful. So, we’re not going from negativity to positivity because that’s probably the number one mistake that people choose in trying to shift that. So, before I get into these, I’m gonna teach you five steps.

Step 1: Stop Trying To Get Them To Be Positive

I think that’s the common practice where you’re starting to learn about the power of your thoughts, what you put your attention on, creates more of that, you’re a student of healing or the Law of Attraction and your companion, your partner is not invested and they actually now almost seem like they’re trying harder to counter this with being more negative. And then you get really worried that, “Oh, no they’re canceling out all my positive efforts and I’ve got to shift them so we can get what we want. They don’t know what they’re creating, I need to help them see the light.” It’s not gonna work.

Any time you try and get your partner or your spouse to be positive, they’re gonna try harder to be negative. People ultimately don’t like you changing them, they don’t want you to tell them who they need to be. So, what have you been saying or doing that either mildly suggested or blatantly in your effort to change them, trying to get them to be positive? Share in a comment what you’ve tried because I’m curious if that’s been your approach because it’s not going to work.

So, that’s step one. Stop trying to get them to be positive because they will not respond to that. What do you do instead then? Well, you need to know that the positive person, that’d be you, is the more powerful of the two of you. So, the thing is when you try and get them to be positive, you’re joining them where they’re at. See, you’ve now got that…you’re aligning with their negativity stance trying to get them to shift from that. Now, you’re both there in a way.

So your step two is recognize, I’m the most powerful of the two of us. My positivity, even if it’s just in here and in my personal energy system, is actually gonna cancel out their negativity. Trust your positivity, trust you single-handedly can start shifting things in your life and in your relationship. And as you stop trying to get them to be positive is step one, step two is, “I’m gonna just hold my own positive energy.” They all on some level start to notice things are shifting. They’ll kind of notice you’re pretty pleasant to be around. That has more power than anything you can say to invite them in to start being curious or open to the changes they then become more invested in making because they’re not feeling like they have to do it. It’s a choice.

I’m Carol Tuttle, I’m gonna teach you the next three. These are actual techniques you can use that will affect someone else’s energy. I release videos every week that teach you healing techniques, healing insights, awareness to help you become the creator of your life and heal your life. So, make sure you subscribe and click the bell so you get a notification when I have a new video going up. Let’s get back to the steps.

Step 3: Secretly Give Them A Spinal Flush

Now, spinal flush is the technique I learned from Donna Eden. Let’s imagine this is the back of your spouse. Here’s the neck all the way down to the tailbone. Okay. This is their spine. Real obvious. This is called the governing meridian. Runs from the neck down to the end of the tailbone. Now, when you do this physically on someone or have someone do it to you and you can do it on yourself, you’re swiping your fingers from up here on the top of the neck, make sure you go all the way down almost into the rear end, what we call your butt crack, go all the way down and swipe it five, six, seven times.

What’s interesting is you can do this in your mind on someone, totally shifts their energy. It calms them down, relaxes them and it’s like this. They shift out of their sort of agenda, what they’re focused on. I’ve used it so many times without people knowing it. I use it on airplanes, I use it on customer service people that might be in a defensive position. Anytime anyone is in a defensive position and energy, spinal flush.

So, just imagine in your mind, do it right now. Think of your spouse, your partner, you’re standing behind them and you’re swiping down from their neck, down their spinal column, all the way off their tailbone, five, six times. Just keep doing it in your mind. You can do it on yourself by getting your arms really close to your head and body and I’ll start from the top and push down and then follow through with my left hand. So, I’m going. I can just even do it my mind on myself. So, the spinal flush will help shift the energy.

Step 4: Stay Free Of Their Energy

If they’re not shifting for whatever reason, they’re really committed to their negativity, be an observer of it. You can listen, you don’t have to join them. Lot times people aren’t, they just wanna vent or they’re going off. You can go, “Uh-huh. Uh-huh.” Do it from a place of neutrality though and observation as though you’re watching a movie. They’re a character on a movie screen and you’re just observing it. There’s nothing you have to do about it, you don’t have to get them to change.

This diffuses it because any time you engage with it or join it or you take it on because you’re vulnerable to that, you do not help the matter, it empowers it. Go watch the video 3 signs you are a people pleaser because in that video, I talk to you about that you’re taking on people’s energy and I give you some strategies to prevent that. And so stay free of their energy, be an observer. Okay.

This next one you might go, “I don’t know but hey, I love energy tricks” and it works. Drop positive energy bombs into their thought field. This is the imaging I use. You know the emoji of a smiley face. They’re used all over. They’re meant to prove…those have an energetic effect because we use them to represent an energy, happiness, positivity. They’re used all the time.

Symbols create an energy effect. That’s what you learn in Reiki. Well, nowadays, you don’t need Konjis like you use in Reiki. I’m a veteran of Reiki. It was one of the first modalities I learned, I became a master level Reiki practitioner and teacher decades ago, it was one of my first practices in the energy healing modality field. And we learned all these symbols because these symbols created an energetic response.

Recap Of The 5 Steps

So, five steps, they’re easy to do. Can you recall them? Let’s go over them. Stop, that’s the only one that’s…stop trying to get them to be positive. Two, recognize and trust your positivity. Number three. Secretly give them a spinal flush, stay free of their energy, and drop positive energy bombs into their thought fields.

Write these down. Practice them, play with them. You know what? Don’t make it such a serious thing. Do this lightheartedly, just say, “I’m gonna try this, see if it works” and come back and tell me how did it work? What did you notice? And go, “Whoa.” As I said to you at the top of the video, the front side of the video, I said, “These will surprise you and you’ll go, really?” And you’ll then practice them and see, they’re really effective. It really worked.

You’re a powerful creator. You have so much power to help your life be amazing and the lives of other people be amazing. And that’s the cool thing about doing energy healing is you have this secret power, superpower that can affect change for the better in so many places and so many circumstances. Use it for your good and use it for the good of others. There’s thousands of people that have learned these techniques, if not millions. I’ve been teaching this for several decades and millions of people have learned these techniques from me and they’re all out there hopefully making a difference in the world.

Thanks for watching. I hope you feel more positive and you can drop positive energy bombs into your own thought field if you’re having a downer day, it will shift your energy. Share this with someone that would benefit from it. Let’s help spreading the good news of the power we have to create amazing lives. Subscribe to my channel and I’ll see you next week here on Heal With Carol. 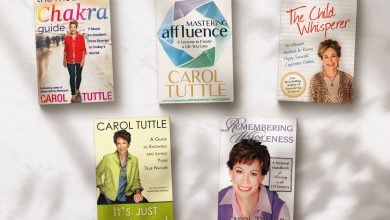 5 Books to Guide You Through the Current Events 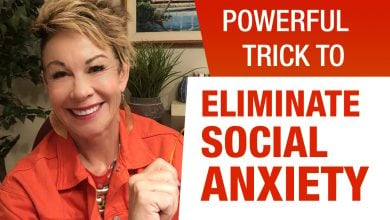 This Simple & Powerful Trick Can Help You Overcome Social Anxiety 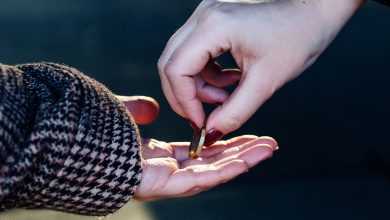 A Technique to Unlock Your Soul’s Money Purpose 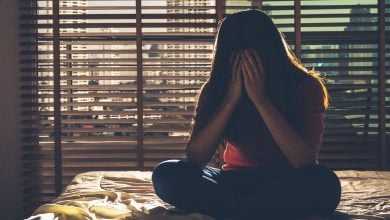 How to Calm an Overactive Mind & Racing Thoughts