Have you ever had the experience where being around certain people suddenly made you feel worse than before? Maybe it was when you were with a negative friend, or after witnessing a tense interaction between other people. You don’t want to feel this way, but why does it happen? Consider the possibility that you’re taking on other people’s emotional energy—and it isn’t even yours.

I’m going to teach you how to stop that today. Watch the video below to learn a simple and easy-to-use technique to hold your own and set clear boundaries when it comes to other people’s emotional energy.

Have you ever had the experience where you’re feeling pretty good, you’re feeling up, and you get around people that are feeling down, then all of a sudden you’re feeling down? Why does that happen? Consider the possibility that you’re taking on their emotional energy. I’m going to teach you how to stop that today with a simple and easy to use technique. It actually is only a two-step process that will help you be more in charge of your own energy system.

So, what does it mean to take on other people’s energy?

Well, kind of what I just described, that you’re in a space with other people and you’re able to feel their emotion. We all emote. We offer an energetic vibration to the world. You…it’s palpable. You can feel it. And there’s those of us that are more empathic, and we are very aware of other people’s emotional states. Now, mine comes by growing up in a family system where we didn’t talk about what was going on. There was a lot of unexpressed feeling, verbally unexpressed feeling that was very obvious. Most of it was negative. A lot of it was anger that was being emoted by my father. And so, as a small child, you had to learn to read the energy. You had to make decisions based on what you were reading, sensing. What’s going on here? Is it, you know, how do I need to behave to prevent this? It was a very prevention-oriented stance in life.

You know, your decisions were based on intuiting your space, reading it, and then having to come up with some sort of objective insight as a child. You know, I’m doing this when I’m five, and going, “All right, how I navigate this situation so I don’t get anybody mad?” You know, so there was a lot of that growing up in my childhood. The good news is, it does put you in a position of being kinda psychic. You can discern things, be very intuitive and aware of things that are the…in the energetic realm.

An emotion is a part of the energetic realm. It’s a vibrational offering that actually we emote and other people can sense it, read it off us. Our brain’s involved in our emotional response mechanism, but as far as once it’s offered, we have a sensory mechanism that’s more intuitive and more energy level based that we’re able to read it. That’s what’s going on. And there are times that your system, your personal energy system, actually becomes congruent and aligned with the person that is running that negative energy.

Now, wouldn’t it be great if we changed that to, “I only take on people’s joy. I only take on people’s enthusiasm.” It tends to work the other way around, that you take on the lower vibrational, what we classify as a negative emotion. And we did that probably as children as well. That was something that was an unspoken, unidentified, subconscious role we played. I know I did, and I think some of the motives in that was maybe if I feel it… Someone had to take accountability. No one was taking accountability for this stuff. I became the intersect for it all. And once I became aware in my adult life, I was playing this and that I was vulnerable, and really… A really great point of… that it happened. I could go in the grocery store and leave it feeling crummy. Go in the grocery store feeling great, pass down the aisle enough people that are feeling crummy, and I’m leaving feeling crummy.

So I had to begin start to be aware of where does this happen? Who does it happen around? I understood the why. Once I got the why, and now I needed to notice, where does this happen to me? You may notice it happens around certain people more than others. And you’ve gotta be an observe…in awareness now in that state.

How To Change Your Energy System

Let’s set up a scenario. Okay, I’m gonna give you one. I was at lunch with a group of women recently, and the gal I was sitting next to had a moment that she had said and had an interaction that was awkward for her. And everyone was very polite about it. There was nothing that she should have felt, she shouldn’t a reason, based on the response of the women at the luncheon, that she would have felt ashamed for any reason, but it was a natural response of feeling embarrassed, and a little bit ashamed, and I noticed her emoting that. Was very aware of it. I was sitting right next to her.

Now, in the past, I would have been feeling that with her. I would have been…I would have joined in. Spatially, I was so close. It would’ve been difficult for me to separate myself. And I would’ve been right there. And we tend to then think that, you know, now we have to try to help them feel better, so we don’t have to feel it too. And consider the possibility in your efforts to help other people feel better is so you’re not feeling what they’re feeling. You want them to feel better so you’ll have…you can stop feeling it. That’s really your…that’s really why you’re doing it.

Step 1: Separate Your Energy From Others

So in this case, I’d come far enough in my progression with this that I was able to think this thought. Okay, this is the first step. “That is hers.” I actually thought that. “That is hers. That is her energy. This is mine. This is my energy.” Now, I wasn’t doing this visually, obviously. It was in my head. “That is her experiencing emotion, and she’s going to be fine. Her energy system knows how to work this out.” And then you can add a little bit of blessing to it by saying, I, you know, invite angels, throw some energy of love. You just kinda add to her experience and support her by thinking, “You got this. I’m sending you love and angels and support. Your system’s going to work through this uncomfortable feeling, and you’re gonna be fine. I do not need to join you.” That is their, that is theirs, this is mine. That’s the first step, that distinction. That is theirs, this is mine. Because you need to create a clear boundary between your energy and the other person’s. It may take you a few times to do this so that you’re not just melded into it without being able to say distinctly separate. Now I’m able to hold my own.

Now, my second step was, just observe it. Be an observer of her having an emotional experience. Be aware. That’s where I send in the…send in the help. Send in the love. As I observe it. So, two steps. “That is theirs, this is mine.” Step two, observe it, send in support. Send support. And they’ll…people work things out. You want them to. You want people to own their energy. Because if you’re taking on their energy, they won’t get the lesson from their energy.

I have amazing, amazing material that will teach you more about how to do this. You are a powerful creator. I wanna teach you to be your own expressive creator, creating what you want. Go to healwithcarol.com and get involved in the Carol Tuttle Healing Center. There are so many powerful resources there to support you. I wanna help you more because, you know, we’re… YouTube, tip of the iceberg. We’re just getting tastes here, little samples. I’m giving you samples.

Go get the whole banquet at healwithcarol.com, and let’s get you further along faster. I am a gifted healer. I know how to shift things. I’ve put together processes and plans that will take you further faster than anything you’ve ever invested in, I guarantee that. Let me help you. Thanks for watching. Like my video here. Has this helped you? Like it, and subscribe to my YouTube channel, and share a comment, a positive one. Thank you. 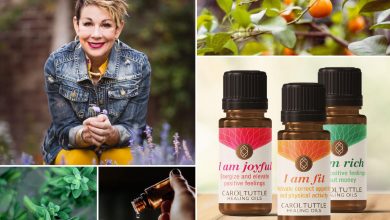 My First Big Announcement of 2019! 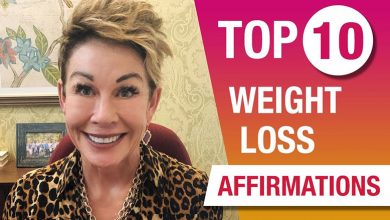 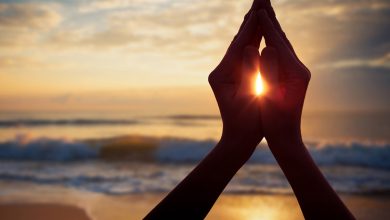 2 Steps to Get Your Healing Results to Stick 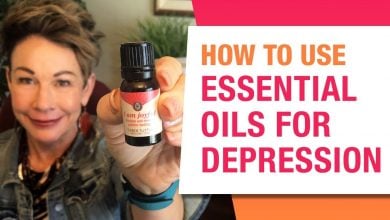 Essential Oils For Depression | How To Use For Natural Healing