Now, the answer to that question, is it genetic? I believe it’s yes, it is genetic. In fact, science is showing us that the research they’ve done over the last decade or two, you just Google it. Google that question, is anxiety and depression genetic? You’re gonna find that they’re discovering that mental health conditions are being passed down through DNA traces, and when you look at your family tree, and I want you to do this, I want you to chart your family tree to see the path of the genetic and generational anxiety and depression. So, I’m gonna refer to it as a generational pattern.

Understanding The History of Anxiety In Your Family

Now, in my family system, yes, anxiety and depression is a generational pattern. Meaning it was experienced way before me, which means it’s an energy that preceded me that got very strong, and there’s a culture almost built around it. When you’re raised by parents that deal with this, you’re predisposed, not only genetically possibly, but also to the culture of living with it. So, you have want a skill sets to survive it, which aren’t always…they’re not what you want ultimately, you wanna be free of it, you wanna be thriving rather than surviving anxiety and depression. Yet, a lot of it was not only genetically passed, but it was modeled to you.

So, I did this little chart I wanna show you. You can see that there’s my dad, and this was a picture of my father actually I showed you in that screenshot. My father’s quite young in this photo that was in the screenshot, he is only 21 and I look at that and he looks very sad. He looks like someone that’s not thriving, that’s troubled by life. And so, my dad was actually diagnosed with mental health conditions, primarily, depression and OCD were very prominent in his life experience. My mom also had depression. She has been on…my father’s passed away, my mom’s still alive. She’s been on antidepressants for several decades now. And then you look at my sibling group, there’s me with three siblings. Three of the four of us have all dealt with depression and anxiety.

So, you can see now that this is becoming a pattern. So, I trace this then through my father’s line and it goes back to the…on my father’s side, my grandmother and her brother, he was someone that actually would be considered homeless with a mental health condition. He was an alcoholic. She had anxiety and depression. That went back to her father. He dealt with alcoholism, he was extremely obese, and he dealt with depression.

Then my mom’s side because we trace it back through my mom, my grandmother actually had a traumatic event when she was 47. She actually took action to try and end her life. She tried to commit suicide at age 47. It’s an unfortunate story. My mother was only 16 when she found her. She had actually split her wrists and was in that much of a depressed state. She did not succeed and was actually hospitalized and treated as psychotic where they did brain wave shock treatments, 4 the very original ones that eventually really kind of numbed her as a person. I have memories of my grandmother where she would just sit and look off into the room and she wouldn’t able to have a conversation with you. Although her thinking mind seemed pretty intact, she had no ability to interact with you. Maybe that part of her brain was damaged from the shockwave treatments. And then you trace that back on her side to great grandparents as well. And so you can see that I have a pretty severe history of this in my family system.

Now, you may think, “Great, I’m just doomed. I’m just gonna have to be medicated and deal with this.” Well, I’m not opposed to medication, I think it has its place so, but that’s not what I’m here to talk about today. There’s a lot of things you can do to heal this naturally with the first step is is becoming aware you’re not the author of it. This preceded you. You are, in a way, you know, you’re someone that maybe even chose to be born into this family system to help heal it, so it doesn’t keep marching through the posterity. I believe that’s a role I’ve played that I’ve been able to clean a lot of stuff up in my family so that my children are not the carriers anymore.

So, the first step in healing this generational pattern is to become aware it is a generational pattern. “Oh, this is bigger than me. I have a choice though. I am aware and awake enough that I can actually birth myself out of this generational pattern, open the space for others to do the same, and allow healing to come forward and occur.” You’re that powerful. And so, that’s your choice right now. Do you wanna choose that? Choose that with me. I chose it decades ago. I was not going to settle for this. I was not gonna live in a life of compromised health and feeling at risk all the time that I couldn’t manage myself. And I’ve healed it, and I’m grateful, and by that choice, see what you’re doing when you make that kind of intention and you put it into play, you start to track that which supports you in healing it. The things show up. You attract the people and events because now you’re calling that forth in your life because you’re choosing. I’m choosing to heal the generational pattern of depression.

And then the other step is to now believe it’s possible. You’re choosing it, now you have to believe it, and you’ve gotta follow through on what you’re inspired to do. I have a really great resource for you at healwithcarol.com. I’ve had amazing results with online clients that actually go through my healing plan for healing depression. It’s a four-week healing plan, and I also have a healing plan for stress, fear, and anxiety. And people are reporting phenomenal healing outcomes because we live at a time when healing is more available than ever. We’re meant to heal these things, we’re designed to heal them.

With the proper tools and support, we can. So let’s do a visualization to begin this journey. Let’s first repeat this intention after me. I’m going to read it, you repeat it.

I now, choose to heal the generational pattern of anxiety and depression as far back as it goes in my family. So, with your eyes open or closed, whatever serves you, I want you to imagine yourself standing in the life. You’re not able to get a visual image? That’s okay. Your subconscious mind is listening. It knows what to do.

Imagine you’re standing in the light and you’re surrounded by your ancestors, your family members, those living and deceased, kind of your family tree and your sibling group, even children, if they have this same pattern. Everyone that’s experienced depression, anxiety in your family system back through your mom and dad’s line, your grandparents, great grandparents, and you see this body of people. You’re standing there in the center of all of them. And they’ve heard your declaration and they’re all there to support you. They’re cheering you on. They know you can do this. In fact, some of those living with you are going to choose it and you’re cutting the path. You’re opening the way and they’ll follow you. They’ll be affected by you and see yourself being doused with blessings and being empowered and strengthened.

And you’re carrying two bags, one says “Anxiety” and one says, “Depression.” You see an angel, or God, or even Christ, if that’s your practice, whatever you align your spirituality with, a power greater than you shows up. It could be your spirit animal. I honor all belief systems, whatever serves you. You wanna force a power greater than you and it says on it…it says, “Generational Depression.” The other bag says, “Generational Anxiety.” And you hand it over to that power, that presence, that divine energy, that divine being.

You notice there’s a fire in the middle of every…you know, there’s a big bonfire and that baggage gets thrown into the fire and you’re burning up the pattern. You’re burning up the pattern. It’s changing into ashes going up in smoke, the fire dies down, the fire turns into ashes, which turns into fertilizer for soil and beautiful flowers grow. And that energy is now available to create something different with it. You’ve transformed it and you’re seeing this happen as though it can happen immediately. And you’ve set the energy into play for this to happen. You’ve burned the pattern and allowed that energy to become something better for you and your family. Everybody congratulates you. It only took one person choosing to do this and opened it up for everybody. Everybody’s hugging, shaking each other’s hands, giving each other high fives, you’re all celebrating and you’re very happy. Take the energy of that image and place it in the palms of your hands and bring it into your heart center and take a full deep breath in. Let your body receive it, grounding it in the now. There you go. You started the process.

I’ve got help for you. Go to healwithcarol.com. I can help you for yourself just like I was able to heal this. It was time, it is time. I’m so grateful. My children are free to experience a life free of this family pattern, this generational pattern. I’m grateful to be able to help you. If this video helped you, thanks for liking it. If you have a question or a comment, please reply in the comment thread. Also, I have this fabulous Stuck Quiz. Maybe you’re stuck with depression and anxiety, other stuff’s causing you to feel depressed and anxious because you’re stuck in other areas of your life. Go to caroltuttle.com and take my Stuck Quiz. I’m gonna help you get unstuck with my free Masterclass. Thanks for watching everyone. I appreciate being able to support you today. 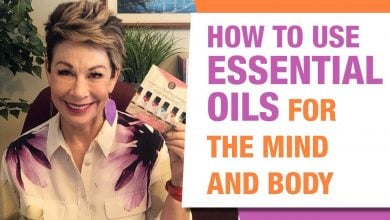 How To Use Essential Oils For The Mind & Body 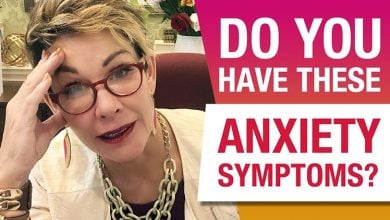 Do You Have These Anxiety Symptoms? (Treatment & Healing Explained) 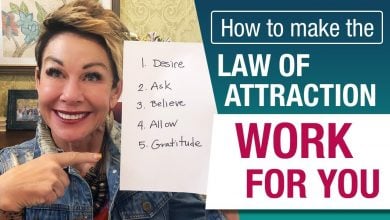 How To Make The Law Of Attraction Work For You 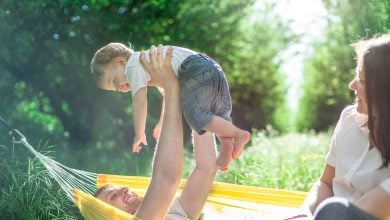 4 Ways to Connect With Your Family After a Long Summer 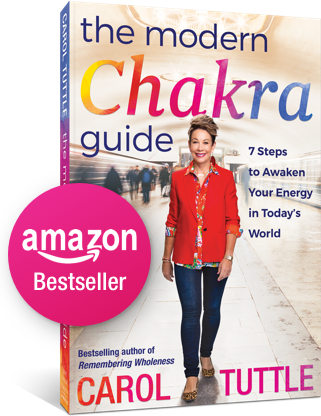 In a world that feels intense, depressing, or even scary, here’s how to rise above the chaos.